His artistic training started early as he was apprenticed to a local painter in Wyk at a young age. His love of the sea quite possibly came from his father who was a ship joiner and sailor.

Stockfleth only lived in Galveston until the hurricane of 1900, when most of his family drowned. For the next seven years he lived in Houston and then moved back to Denmark in 1907.

During his two decades of painting in Texas, Stockfleth created valuable artistic records of historic Galveston, especially his paintings on the Great Hurricane of 1900 that took the lives of over 6,000 people in the city of Galveston alone. He painted scenes of the inundated streets and buildings that were destroyed by waves and wind.

Many of his paintings of sailing ships and the small coastal schooners that worked on the Texas coast were commissioned works. His correctly detailed ships portraits are reminiscent of another Danish painter, Antonio Jacobsen.

No previous artist left as complete a picture of Galveston and western Gulf Coast shipping as did Stockfleth. The only major public repository of his works in the U.S. is located at the Rosenberg Library in Galveston. Here you’ll find his first identifiable Texas painting, a view of the Galveston wharves in 1885. Stockfleth died in Germany in 1935. 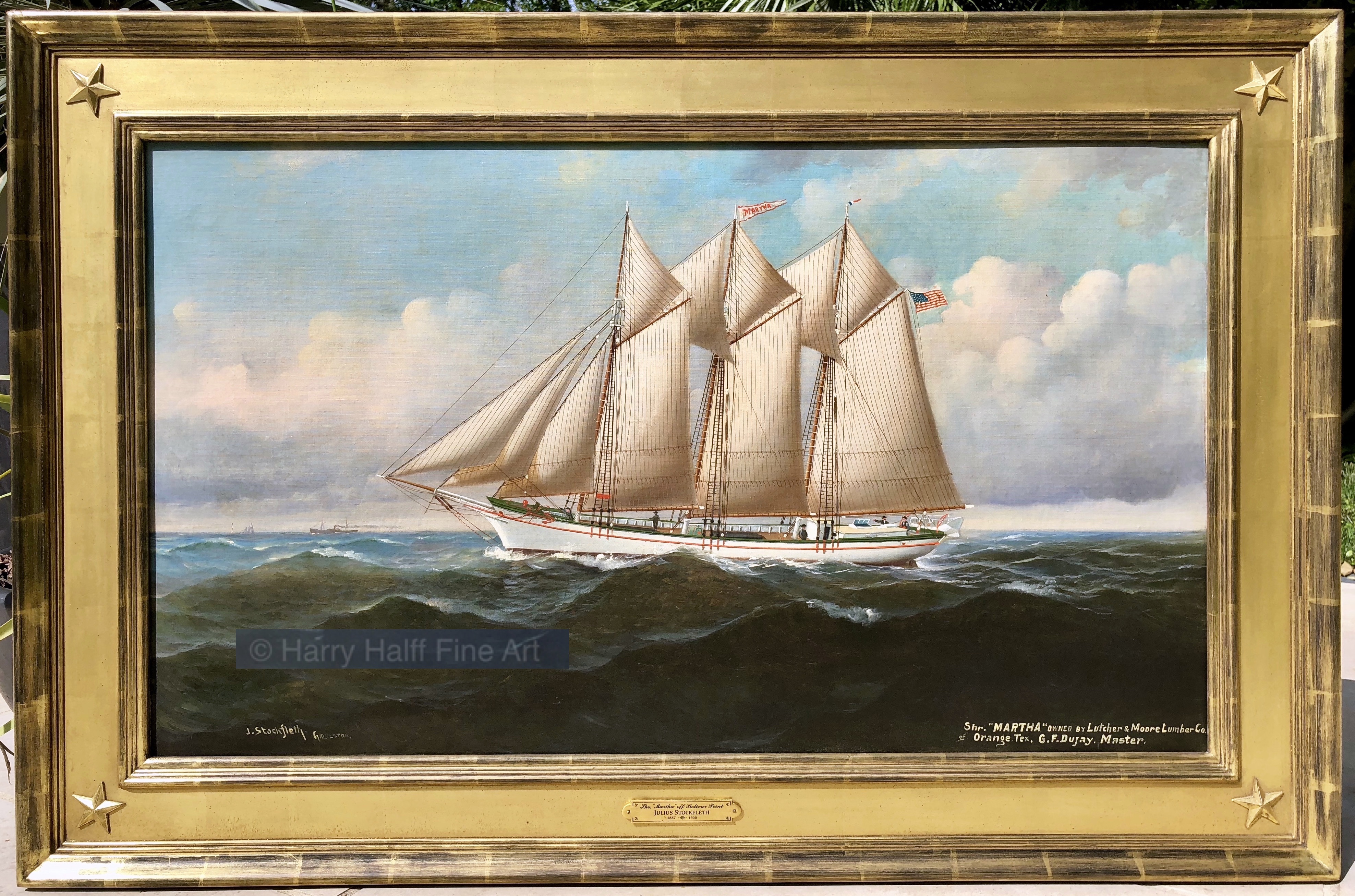 Do you have a Julius Stockfleth painting that you want to buy or sell? We have specialized in pre-1930 artists working in Texas for over 30 years.