Mary Anita Bonner (1887-1935) is the best-known Early Texas printmaker, and one of the few Texans who received recognition in Europe. Her interpretations of Texas cowboys inspired by Greek friezes, and her sense of whimsy, remain her most popular subjects.

Bonner was born in Bastrop, Louisiana and moved to San Antonio, Texas in 1897 with her mother. She began formal art training when she was 14 and her first art teacher was Robert Onderonk. But her serious commitment to art began when she spent the summer of 1922 at the Woodstock art colony in Woodstock, New York. It was here that she decided to devote the rest of her life to etching, and she set sail for France in the fall of 1922.

Bonner spent six weeks exploring studio after studio in search of a Parisian printmaker from whom to learn the craft. Print maker and product of École des Beaux-Arts, Édouard Henri Léon, offered the kind of instruction she sought. And for the next seven years, Mary lived and studied part of the year in Paris and part in the U.S.

Bonner began entering work in juried exhibitions in 1923. She affirmed her independence, when in 1924 she exhibited three etchings in the Salon d’Automne, “where the most daring members of the avant-garde were welcome.” Her entries, based on ranch life in Texas and titled Bucking Broncos, Cowboys, and Mesquites, attracted the notice of Parisian art critics.

In the fall of 1925 she submitted another etching inspired by memories of South Texas. Les Cowboys, a three-part frieze, was one of the sensations of the salon and was reproduced by three French newspapers to illustrate their coverage of the exposition.

This was outstanding, as it was the first time an American woman had ever been so honored.

The gallery has handled almost all of her images, from the Breton subjects to the Cowboy triptychs. 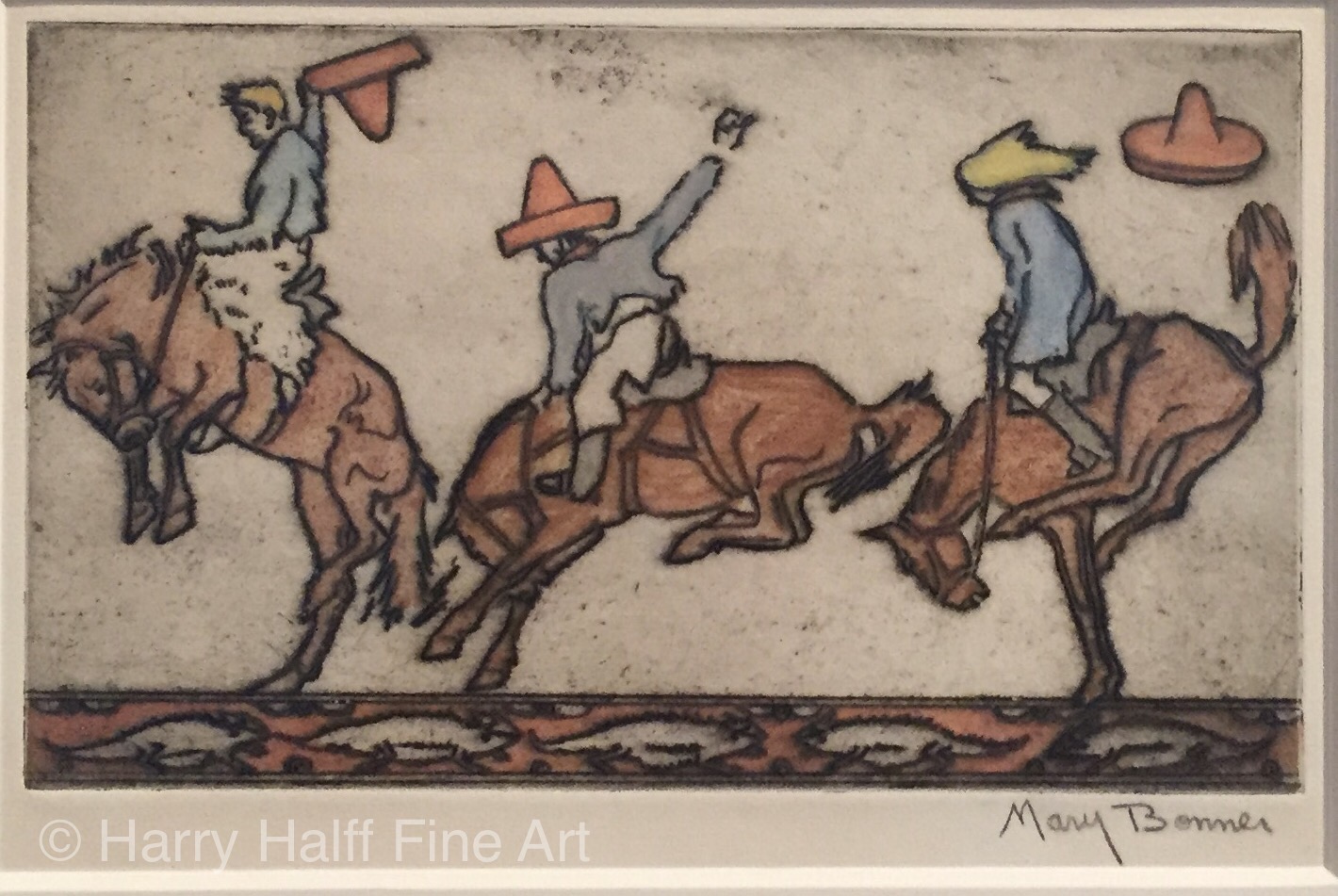 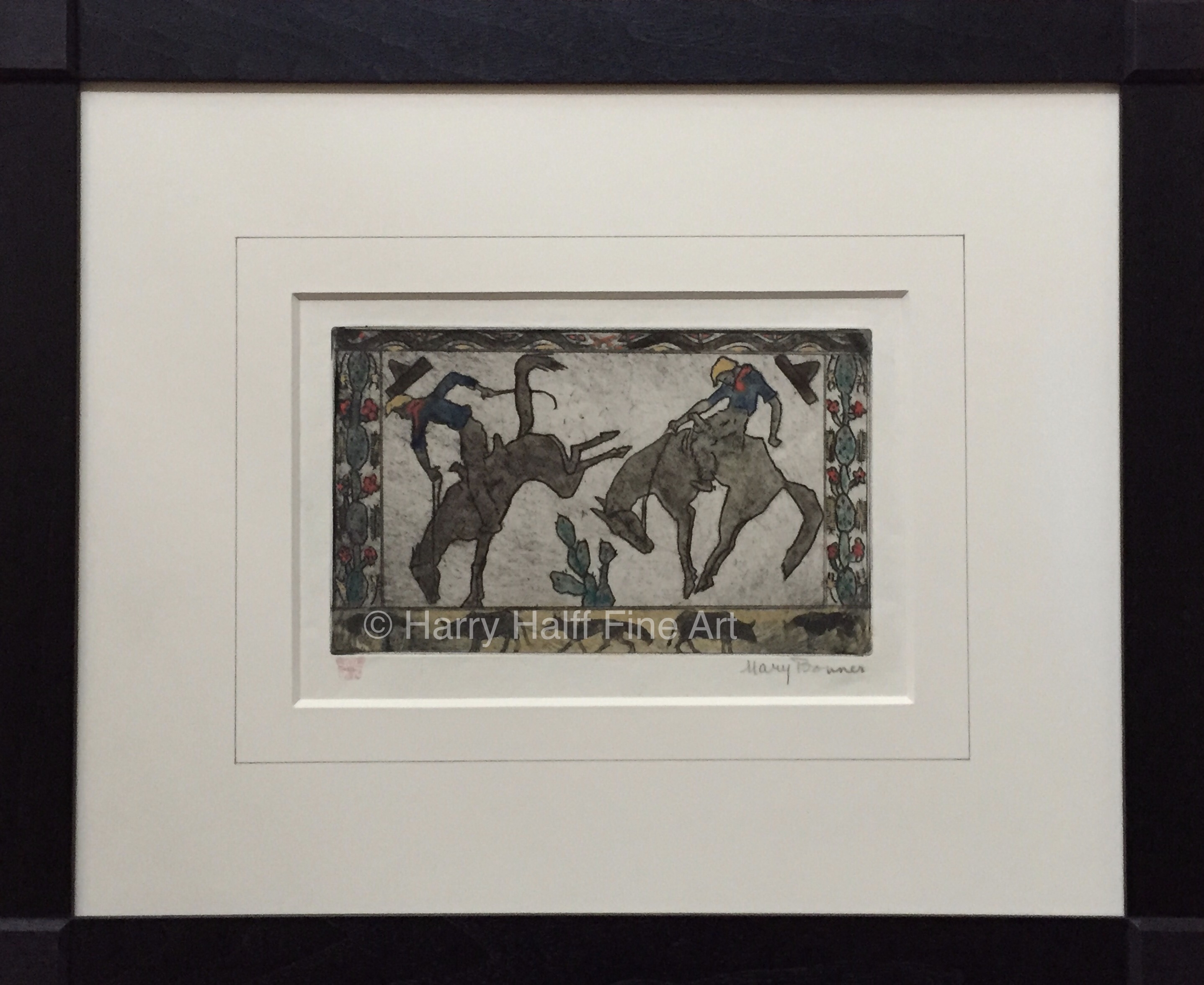 Do you have a Mary Bonner painting you want to buy or sell? We specialize in Early Texas Art.