Friedrich Richard Petri (1824-1857) was one of the more interesting immigrant artists to live in Texas. He arrived with his family and Karl Hermann Lungkwitz in 1851, and painted only briefly before he drowned in the Pedernales in 1857.

Petri’s preferred subject matter was the Plains Indians that he met near his farm in Fredericksburg. Most of his work consists of pencil sketches. His more highly finished works were done in watercolor, and a few oils, some of which he sent back to family in Germany. His artistic legacy is a realistic view of the frontier and the interaction of the German settlers with the native Indians.

He started training at the age of 14 when he entered the Academy of Fine Arts in Dresden. Petri studied there for 11 years, winning six awards and being offered a scholarship to study in Italy. He turned down the offer (possibly due to health reasons) and stayed at the academy, eventually becoming friends with painter Karl Lungkwitz. The two friends joined others in what was an unsuccessful revolution of May 1849 in Dresden, and ended up leaving their home country for the U.S.

Petri and Lungkwitz purchased a farm and property near Fredericksburg, Texas. His health was always an issue but that did not keep him from painting the diverse scenes of pioneer life in and around Fredericksburg. His paintings, The Pioneer Cowpen and Going Visiting are two of his best-known pioneer paintings.

The local Indians also piqued Petri’s interest as he painted portraits of the Delaware Indians and the Lipan Apaches. These paintings and sketches clearly document the physical appearance of the Indians in a very sympathetic but also accurate way. Many of the Indians in the area worked as guides, interpreters and scouts, and Petri’s paintings show the good-natured relationship between some German settlers and some Indians. Playing a major role in understanding the relationships of Texas’s past and its peoples. 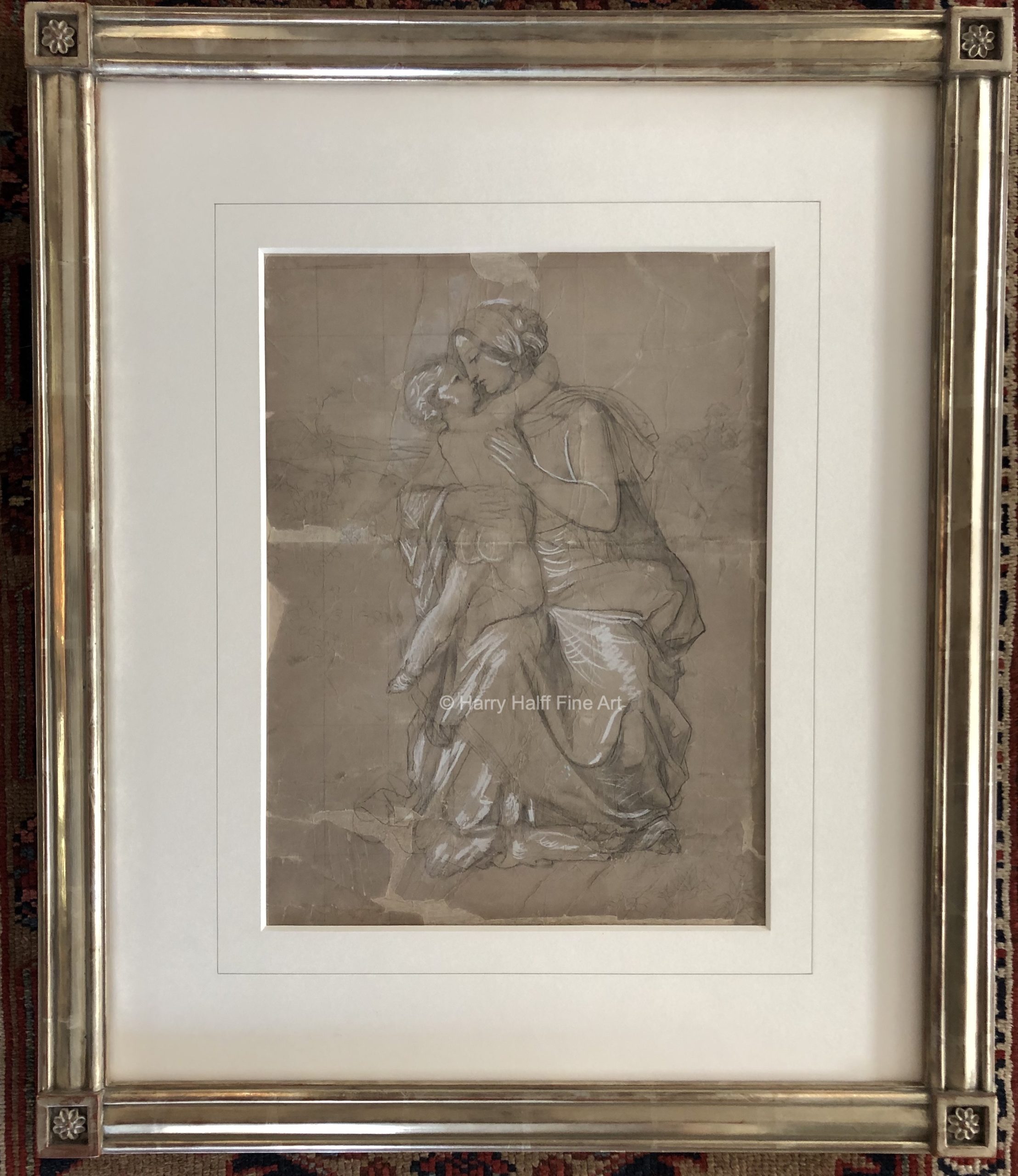 Madonna of the Roses by Richard Petri

Do you have a Richard Petri painting you want to buy or sell? We have specialized in pre-1930 artists working in Texas for over 30 years.