Paintings by the early Texas artist Edward Grenet (1856–1922) are very rare. Born and raised in San Antonio, Grenet was a portrait and genre painter.

His father was a French merchant who leased part of the Alamo for his dry goods business. A true Texan, Grenet played in the Alamo as a child. From early on he was interested in becoming an artist, and convinced his father to send him to school in New York at the Art Students League in 1878. There he met Robert Onderdonk who was also studying at that time. Grenet returned to San Antonio in 1879 and painted portraits, as well as several larger genre subjects which were later exhibited in New York.

Grenet painted in a late-nineteenth-century French academic style. Subjects included views of the Rose Window at San Jose, jacales and Mexican couples courting. By 1883 he had a studio in the Maverick building close to Robert Onderdonks’. As well as using oils as a medium he drew works on paper with colored pencils in a unique linear method.

Grenet was one of the first native Texas painters to establish an international reputation and eventually moved to Paris in 1885. He exhibited his work in Munich, Berlin, Vienna, London, Paris, and other cities and won a prize in the 1909 Paris Salon for his painting Mariola.

Two of his best-known works, Portrait of a Small Girl (date unknown) and Melancholisches Mädchen (date unknown), are both in a collection at the San Antonio Museum Association. 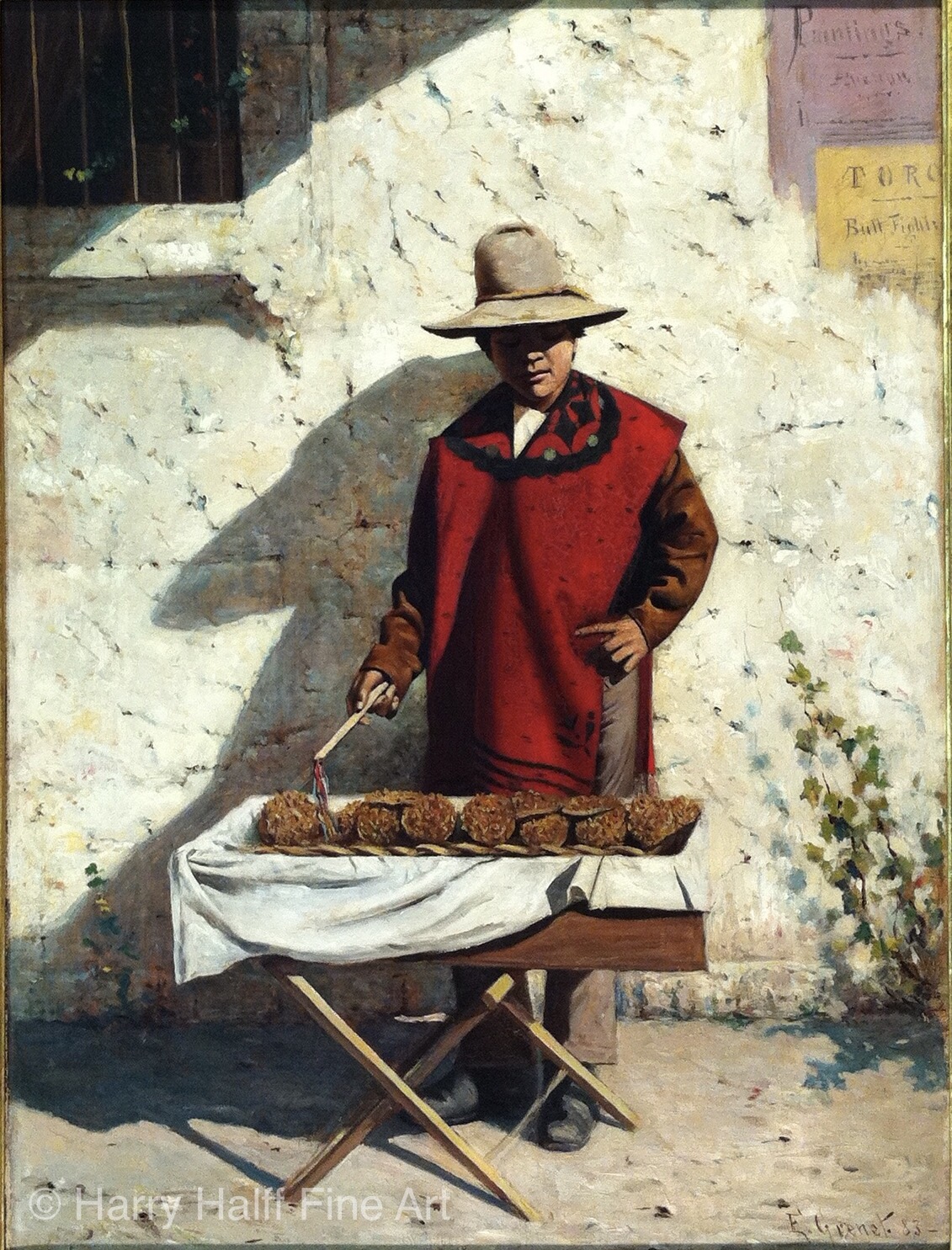 Do you have a Edward Grenet painting you want to buy or sell? We specialize in Early Texas Art.