Robert Jenkins Onderdonk (1852-1917) first came to Texas from the east coast in 1879. He painted genre, landscape, portrait and still-life subjects. Some of his most well-known genre scenes were paintings of the Mexican culture in San Antonio. One of Onderdonk’s earliest stylistic influences in Texas was seeing Thomas Allen’s painting of Market Plaza. Both artists were in San Antonio in 1879 and 1880 and clearly knew each other.

Onderdonk settled in Texas and married Emily Gould, a local amateur artist. They had three children and it should be no surprise that two of the three, Eleanor and Julian Onderdonk, became well known in Texas art. Son Julian Onderdonk was arguably the best landscape artist that Texas has produced.

Robert Onderdonk spent most of his adult years teaching and painting in San Antonio. He moved to Dallas in 1889 for a few years to teach at the Art Students’ League of Dallas and do painting commissions.

While his most significant commission was The Fall of the Alamo (1901) his major impact on the community remained that of a teacher and popularizer of art. Onderdonk participated in the founding of several art-related organizations, including the Fifty-two Club in 1908 and the Brass Mug Club and the San Antonio Art League in 1912. His works are in the collections of the Witte Museum, the Stark Museum of Art, the Dallas Museum of Art, and the Texas State Library. Onderdonk died on July 2, 1917, in San Antonio. 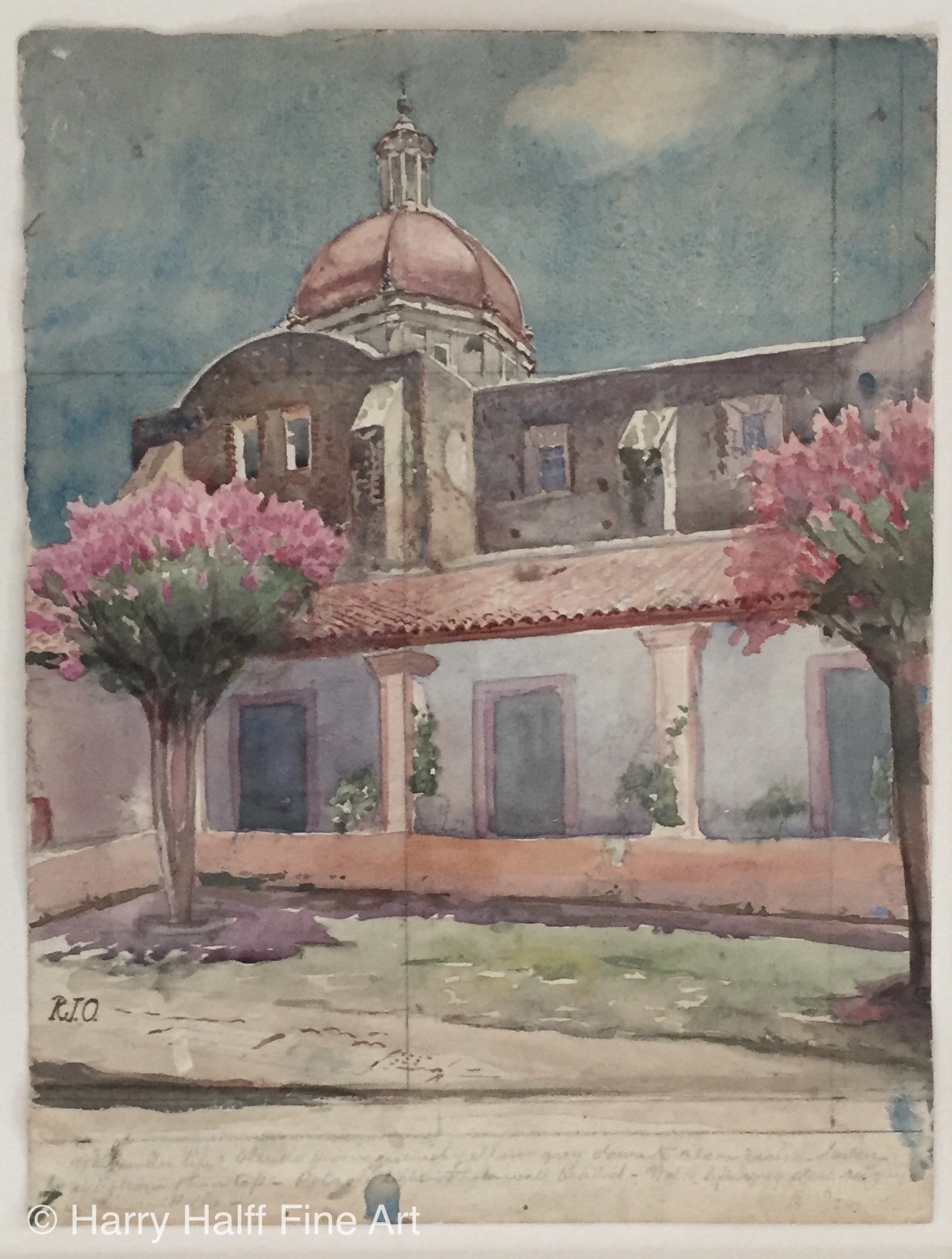 This work is a study for a larger oil painting, which is currently owned by the Witte Museum in San Antonio, Texas.

Do you have a Robert Onderdonk painting you want to buy or sell? We specialize in Early Texas Art.