Although he was connected to the artists circles in Paris, Gentilz focused his artistic vision on the culture of the rich history around him. Native Americans, Mexican ranchers and villagers, street scenes in Mexico and South Texas, and Spanish missions all captured his attention.

Gentilz provides a visual history and a view of San Antonio unlike anybody else in the 19th century. Typically working on very small canvases he depicted the local inhabitants and the cultural events that made each place unique.

Dedicated to history and art, Gentilz strengthened his somewhat rigid painterly style with considerable drafting skill to produce a valuable record of events, characters, customs, architecture, and landscapes of his place and time.

In his set of oil paintings dating back to 1880 to 1890 he depicts the facades of the five missions in San Antonio. Painting the Alamo as it stood when he first arrived in San Antonio, that is, without the iconic gabled parapet that was added to the building in 1849.

Today, his paintings are fairly difficult to come across due to the fact that most of his works stayed in the immediate family. The gallery has placed several of his small format paintings in private and museum collections. Some of his work can be seen at the San Antonio Museum of Art and the Daughters of the Republic of Texas Library at the Alamo. 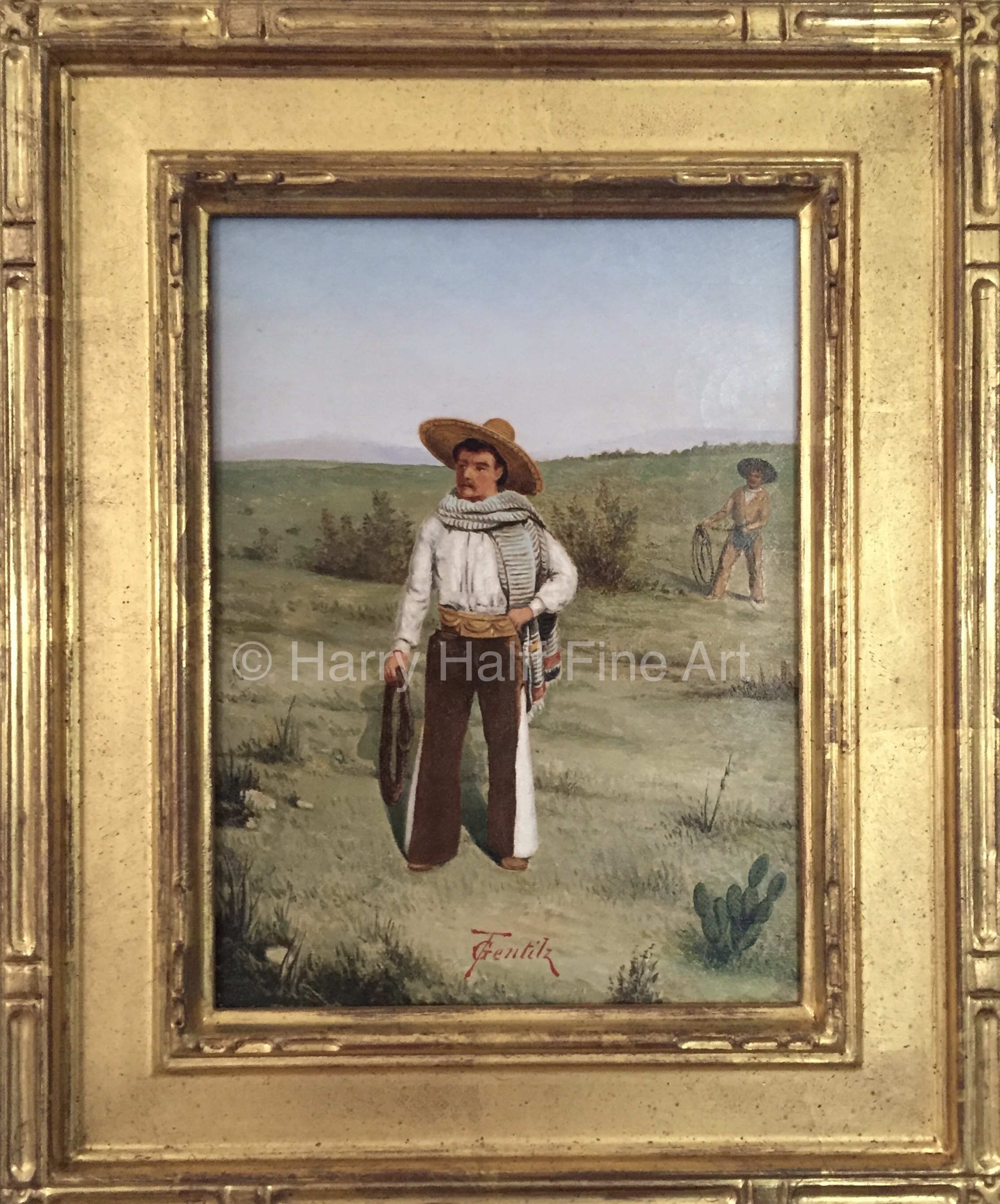 Do you have a Theodore Gentilz painting you want to buy or sell? We specialize in Early Texas Art.