Work’s by Thomas Allen (1849-1924) show his appreciation of the simple and commonplace through the muted colors of his romantic scenes and the way his subjects are presented with little detail.

Allen was an accomplished artist when he arrived in San Antonio, traveling by wagon train from Galveston, in 1877. His education started at Washington University and a sketching expedition to the Rocky Mountains with his professor, J. W. Paterson, was what really increased his interest in art. In 1871 Thomas went to Paris, then to Düsseldorf, where he studied at the Royal Academy from 1872 to 1876.

While he only spent a short time in San Antonio (1877-80), he was clearly fascinated by the Mexican carretas and the frontier culture, which he realistically captured in his work. He traveled extensively within San Antonio, sketching subject matter that would later be used in his paintings. Perhaps his best-known painting, Market Plaza, is representative of the impact San Antonio had on his work.

He left Texas in 1880 and never returned.

During his years after Texas he was a member of the International Board of Judges at the 1893 World’s Columbian Exposition in Chicago, and was chairman of the jury of paintings at the World’s Fair in St. Louis. He sat on many boards in the art world and before his death in 1924 he became president of the board of trustees of the Boston Museum of Fine Arts.

His paintings are in the collections of the San Antonio Public Library, the Witte Museum, the St. Louis Art Museum, the Boston Museum of Fine Arts and a few others.

The gallery has handled a large number of his paintings, both finished compositions and his detailed oil sketches. 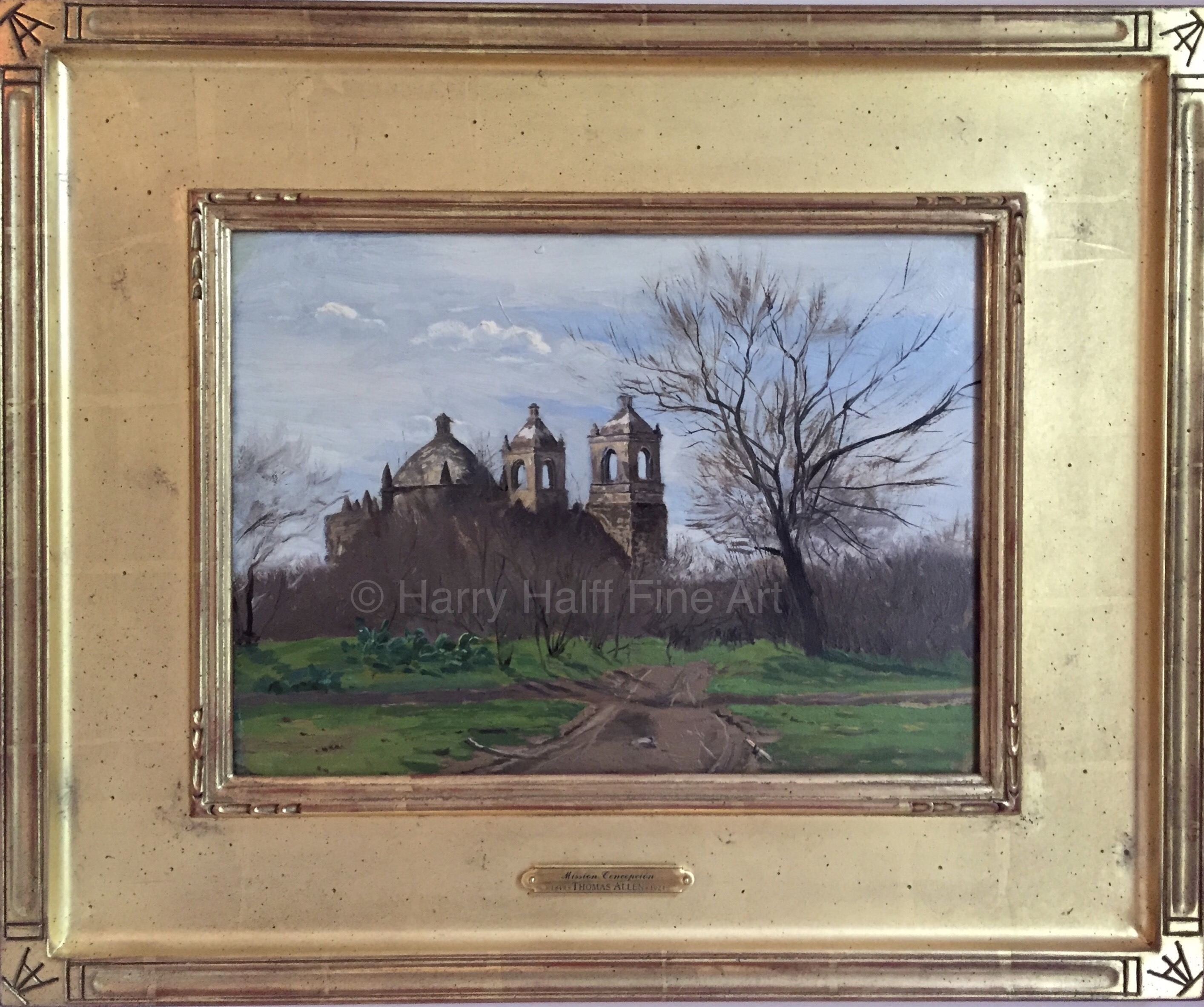 Do you have a Thomas Allen painting you want to buy or sell? We specialize in Early Texas Art.